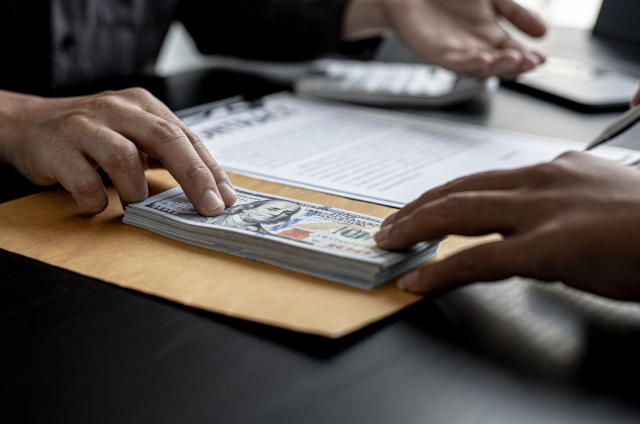 (Patriot Insider) – Looks like trouble in New Mexico for top Democrat State Rep. Sheryl Williams Stapleton. The Rep. from Albuquerque represents District 19 and has been serving as representative since 1995 and has been the Majority Floor Leader since 2017.

She’s now facing some serious charges in connection to a massive embezzlement scheme in which she may have personally embezzled almost $1 million.

The scheme allegedly involved racketeering, laundering and illegal kickbacks as Williams Stapleton was the eventual recipient of up to 60% of the government contracts with Robotics Management Learning Systems LCC, a company based in DC.

According to KOB.com, Williams Stapleton’s home and business have been searched by law enforcement agents with warrants. According to the warrants filed, she is under investigation for racketeering, money laundering and receiving illegal kickbacks.

Investigators are specifically looking into Rep. Williams Stapleton’s connections with Robotics Management Learning Systems that has been doing business with APS since 2006.

In April, law enforcement may have been tipped off as the newly-appointed Albuquerque Public Schools Superintendent Scott Elder sent a letter to the New Mexico Attorney General Hector Balderas regarding “Suspected Violations of Governmental Conduct Act and Procurement Code.”

According to the warrant, every invoice issued by Robotics to APS was for an even dollar amount, no cents, and in unchanging amounts over the years. Most were reportedly for $40,000. In all, APS paid Robotics more than $5.3 million.

Rep. Williams Stapleton is also directly involved with four companies that received payments from Robotics: The Charlie Morrisey Center for Creative Assistance Inc., the Ujima Foundation, S. Williams and Associates, and local restaurant A Taste of The Caribbean.

The evidence points to her being the eventual recipient of around 60% of the APS money, totaling $954,386, but investigators are also looking into other payments that were redirected into her personal bank accounts.

Naturally, state Democrats expressed shock and dismay at the allegations but it’s no surprise to see a crooked Democrat’s crimes come to light.

New Mexico’s Governor Michelle Lujan Grisham said in a statement that she was “deeply, deeply troubled” by the news of the charges against Williams Stapleton and asserted that “people are innocent until proven otherwise.”

Of course, this is a stance Democrats only take when it’s one of their own. Had it been a Republican being charged with these crimes, Democrats all take it upon themselves to be the judge and jury before any trial even takes place.

The story proves that Democrats are just downright corrupt. Williams Stapleton has yet to see her day in court, however, and there’s no telling how that will play out. Democrats have an uncanny ability to evade the consequences of their crimes and corruption.

We can only hope she is held accountable and doesn’t escape responsibility like other top Democrats have around the country, namely the governors of New York, New Jersey, Michigan and Pennsylvania who have miraculously managed to avoid being investigated over their deadly COVID nursing home policies.

A terrible day for thousands of families. In a letter to @SteveScalise, @TheJusticeDept wrote that they were dropping the nursing home investigations in all states including New York. There will be no justice for our loved ones, and it feels like we’ve lost them all over again. pic.twitter.com/DV7uNRMr9D