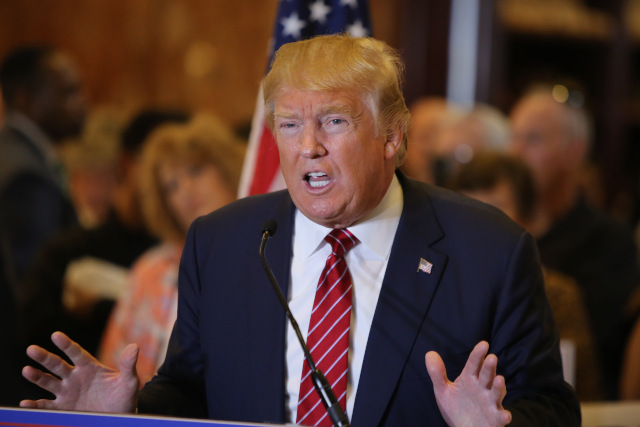 (Patriot Insider) – President Donald Trump called for the identity of the Capitol Police officer who shot and killed U.S. veteran Ashli Babbitt inside the Capitol building on Jan. 6 to be released to the public, an action that would’ve been done almost immediately if the cop had been white and the victim a Black Lives Matter protester.

According to a new report by Infowars, Trump made the call for the identity to be revealed in a message that was put out by the Save America PAC. In the message, Trump said that there would be riots in the streets if this poor woman had been a liberal Democrat, and you know what, he’s right.

“I spoke to the wonderful mother and devoted husband of Ashli Babbitt, who was murdered at the hands of someone who should never have pulled the trigger of his gun,” Trump said in the statement (screen shot here).

“We know who he is,” the president said, adding, “If that happened to the ‘other side,’ there would be riots all over America, and yet, there are far more people represented by Ashli, who truly loved America, than there are on the other side.”

“The Radical Left haters cannot be allowed to get away with this. There must be justice!” He continued.

Trump held an interview last month with Maria Bartiromo of Fox News, where he stated that the Capitol Police officer who was involved in the shooting of Babbitt, could be the head of security detail for a top Democrat lawmaker.

“I will tell you they know who shot Ashli Babbitt. They’re protecting that person,” Trump said during his chat with Bartiromo. “I’ve heard, also, that it was the head of security for a certain high official — a Democrat — and we’ll see, because it’s going to come out. It’s going to come out.”

The family of Ashli Babbitt is desperate for justice and for closure in the death of their loved one. So much so they’ve decided to file a lawsuit against the Capitol Police for $10 million due to the officer’s failure to offer any kind of warning before opening fire on her.

Mother of Ashli Babbit, the woman murdered by Capitol Police on Jan 6th, receives a standing ovation before Trump speaks in Phoenix.

EXCLUSIVE: Mother of Ashli Babbitt tells National File "My daughter died for this cause… I'm here to be my daughter's voice because it has been silenced" before Rep. Paul Gosar invited her out today. pic.twitter.com/lSMC5ChwCy

.@RepMullin on police officer who fatally shot woman in Capitol on January 6th: "After it happened, he came over. He was physically and emotionally distraught. I actually gave him a hug and I said, 'sir, you did what you had to do.'" pic.twitter.com/qSwZgilMS7

According to the folks over at Russia Today, “The family of US Air Force vet Ashli Babbitt plans to sue Capitol Police for $10 million, claiming the still-unnamed officer who shot her issued no warning before firing. His lawyer argues that his warning was muffled by his mask.”

“The family of the 35-year-old Trump supporter, the only person to be shot dead during the January 6 riot at the Capitol, has announced plans to file a wrongful-death lawsuit against the Capitol Police, pointing to video footage of the shooting in which the officer in question appears to give no warning before firing the shot,” the report said.

“The US Capitol Police are liable for Babbitt’s death, the lawsuit claims, seeking $10 million in damages. ‘It’s not debatable. There was no warning,’ family attorney Terry Roberts told RealClearInvestigations,” the report continued.